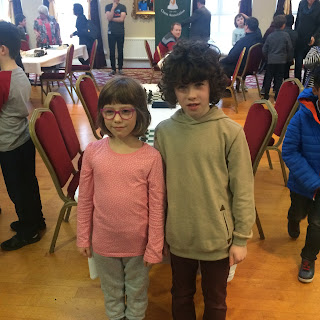 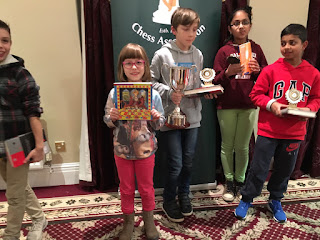 Daniil Zelenchuk competed first in the U16 section and scored an excellent 4/5, which left him placed 3rd overall. This was particularly impressive as Daniil is only 13! He returned 48 hours later to compete in the U14 championships which he won with an outstanding score of 4.5/5. Congratulations Daniil!! Ciaran Rowan also competed in the very competitive U16 tournament and scored a respectable 1.5/5. 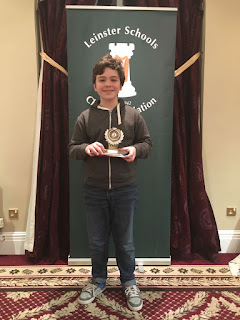 We had 2 competitors from Ulster in the U19 event, Jake Patterson, who scored 1.5/5 and John Dawson, who scored an impressive 2.5/5. Well done to all our juniors who travelled down to Bray and many thanks to the Leinster School Chess Association for running an outstanding and enjoyable event.