On 14th/15th July 7 players from Ulster travelled to Manchester to compete in the Northern Gigafinal and test themselves against some of the top junior players in the United Kingdom. Each player had previously taken part in a local qualifier to reach this stage. Over 40,000 children took part in this years Chess Challenge across the UK and only the top 5% reached the Gigafinal.

It was an excellent event run by Sarah Longson. There was an incredible atmosphere in the playing hall and around the venue as all the children battled over the chess board, played during the breaks, made new friends, and ultimately became much better players because of the experience. For players, parents and coaches alike it was an experience to be remembered for the rest of their lives.

Our local players all acquitted themselves very well in this incredibly tough tournament. 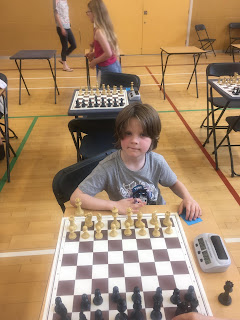 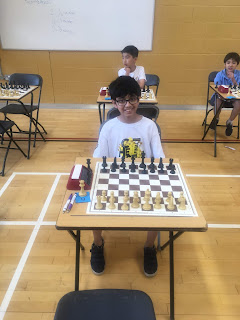 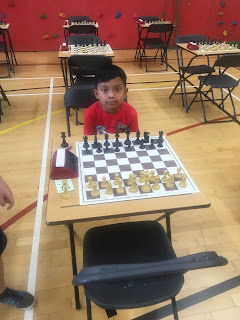 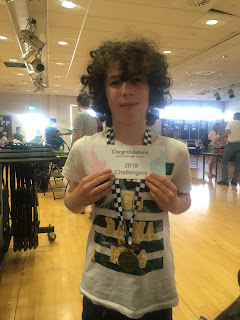 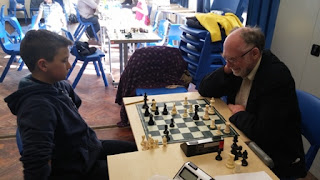 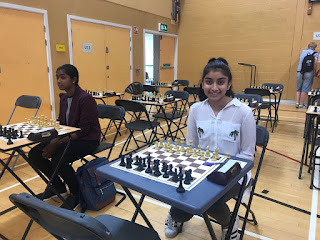 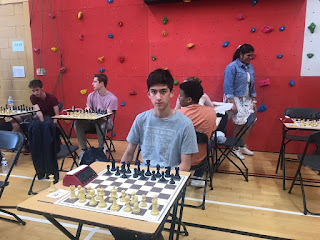 By scoring 4 points Dexter Harris progressed to the Challenger stage of the competition to be held in Liverpool in September. Well done all the players on an excellent weekend of chess!!

One of Ulster's brightest young talents, 15 year old Daniil Zelenchuk, was representing Ireland recently in the Glorney Cup. Daniil scored an incredible 5 points out of 5 games including wins against 3 much higher rated players - Natahn Weisman (2003), Ben Volland (1887) and Derk Kouwenhoven (1994). This performance saw him win a medal for best Irish player in the Glorney Cup.

Daniil has had a meteoric rise in Ulster Chess, gaining 750 rating points in 2 years. His recent results suggest it won't be too long before he breaks through the 2000 barrier! 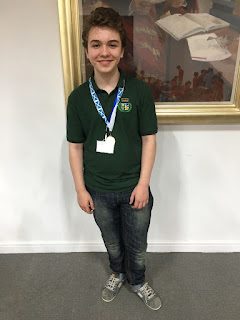 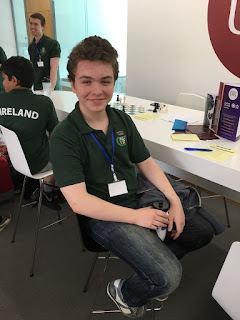 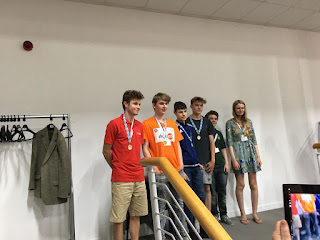 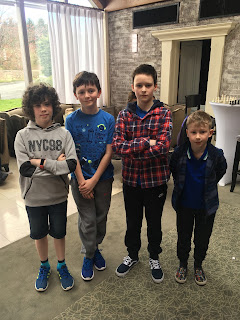 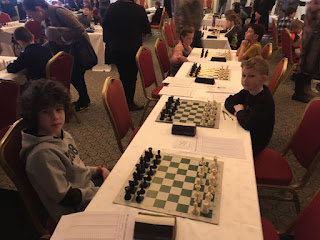 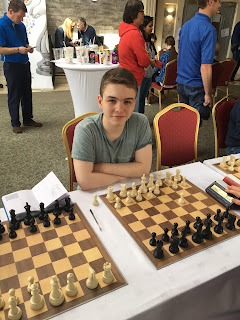 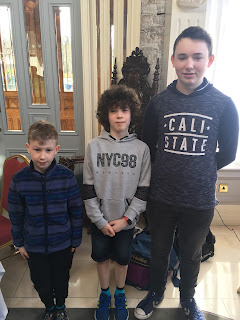 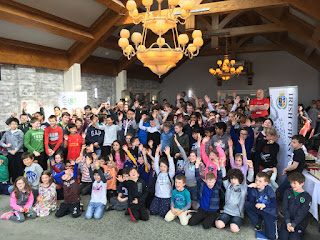 The 2018 Irish Junior Chess Championships are being held in Treacy's Oakwood Hotel in Shannon on 6th - 8th April. This is a great opportunity for all aspiring local chess players to test themselves against the best in Ireland. Details of the event can be found on the Irish Chess Union website. 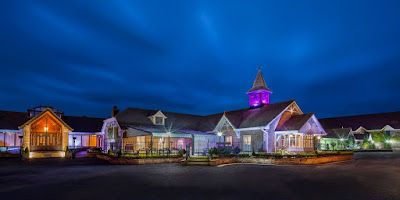 Saturday saw another fantastic Ulster Chess Union Children's Chess Event run by Mark Newman. As usual the competition was fierce and the standard of play excellent. An excellent report and a list of the winners can be found on the UCU website. Congratulations to all the winners at the Ulster School's Championships at the weekend. 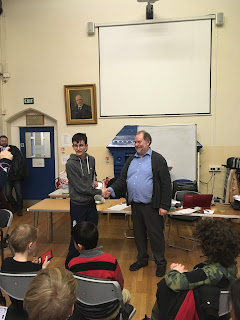 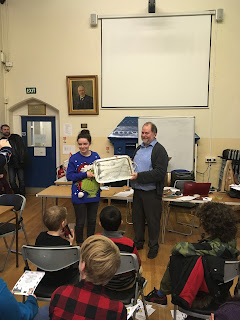 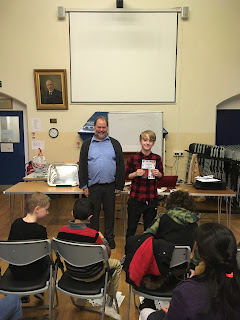 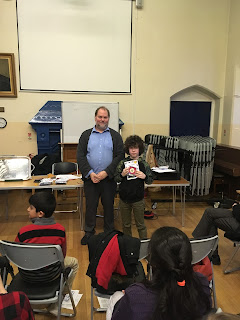 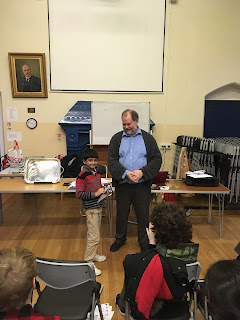 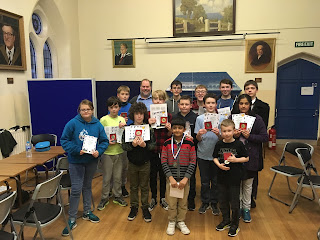 On Wednesday 15th November two of our promising young players, Dexter Harris and Adam Fitzsimons, traveled across to Wales as Youth Ambassadors for the Ulster Chess Union, as part of the Chess for Peace initiative by FIDE. They met up with other young players from around the United Kingdom and spent time with some of the most senior figures within FIDE, including President Kirsan Ilyumzhinov, Secretary of Chess in Schools Commission Sainbayar Tserendorj, and FIDE representative from Russia Berik Balgabaev. 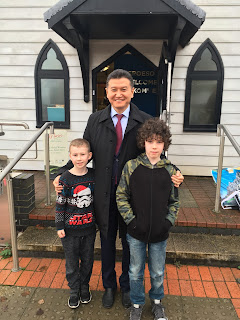 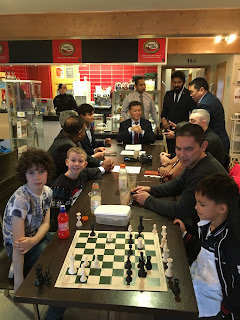 It was a fantastic day that was excellently organised by Malola Prasath Thittanimuttam. It included a tour of the Welsh Assembly, a peace walk that took us to a statue of Mahatma Gandhi, a trip to Cardiff Chess Club, and a special meeting with the FIDE delegates that focused on how we can promote and develop chess locally. 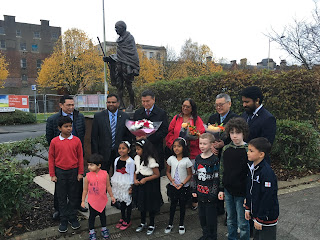 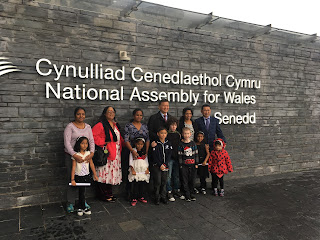 This was a fantastic experience for the children who received an incredibly warm reception from their local hosts. Many thanks to everyone who made this such a memorable experience for all involved. 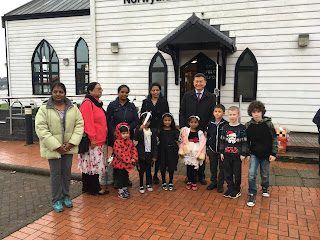